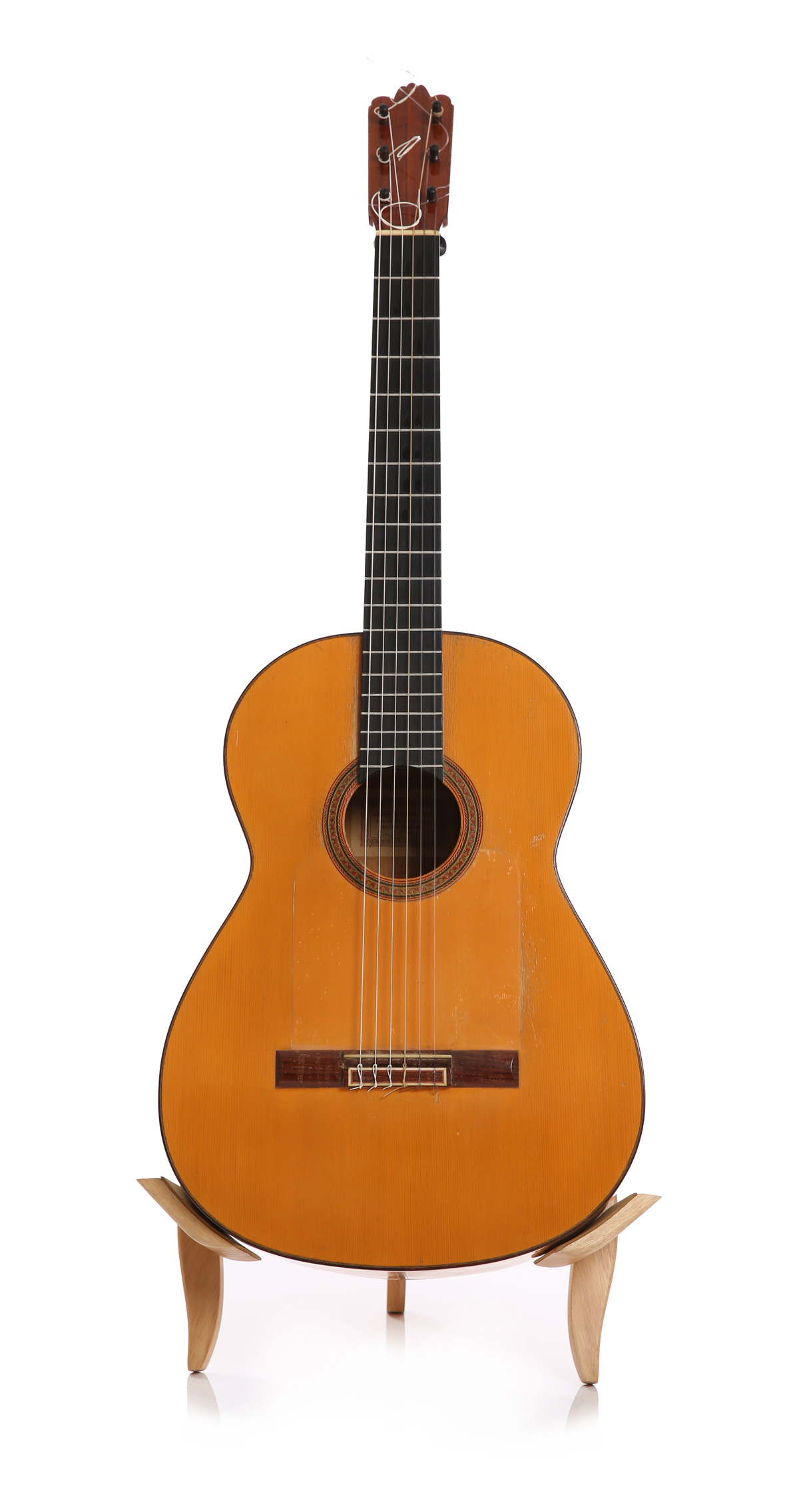 Domingo Esteso (1882-1937), born in San Clemente in the province of Cuenca in 1882, is one of the major references and greatest guitar makers in the history of the Spanish guitar. He starts as an apprentice in the workshop of Manuel Ramírez together with Santos Hernandez, Modesto Borreguero and Enrique Garcia. When Manuel Ramirez dies in 1916, he continues to wor for the widow of Manuel for about a year. In 1917 Domingo Esteso opens his own workshop in the Gravina street No. 7, in the heart of Madrid where, joined by his nephews as apprentices, Faustino Conde in 1926 and Mariano Conde in 1929. After the Spanish civil war and the death of Domingo Esteso in 1937, the 2 brothers Faustino and Mariano Conde make guitars with the label ‘Viuda y Sobrinos de Esteso’ (Widow and nephews of Esteso) out of respect for their aunt, Nicolasa Salamanca. When she passes away in 1958 the label changes to “Sobrinos de Domingo Esteso” (Esteso’s nephews). At this time Faustino and Mariano’s younger brother Julio Conde enters the workshop as an apprentice.