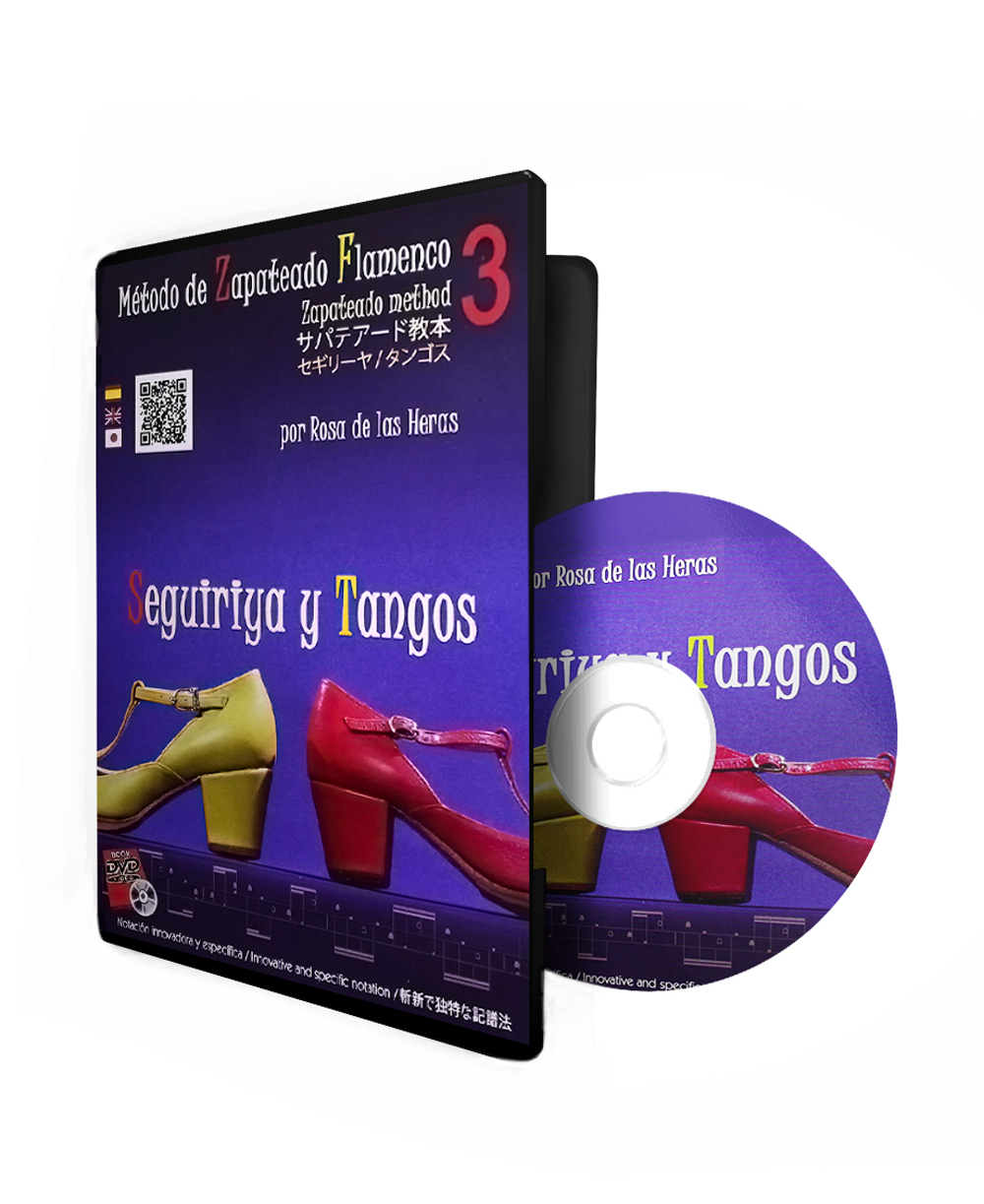 The Flamenco Zapateado Method is based upon a doctoral flamenco thesis of Rosa de las Heras, awarded doctorate in flamenco music at the Rey Juan Carlos University and Conservatory of Madrid. The DVD provides 2 simultaneous views in one screen, the different parts of the foot techniques striking the floor with the sole, half sole, heel block, heel edge and toe. On the upper screen side, you will see the transcriptions of the rhythms made by using the techniques in different flamenco palos.

As a choreographer, flamenco dancer and musician, Rosa de las Heras holds a PhD in flamenco music and dance, giving conferences and courses in municipal schools and colleges, universities and private, international academies. She has participated as a soloist in various companies such as those of Joaquín Cortés, of Rafael Amargo and of Yoko Kotmasubara, performing in various renowned theatres such as the Radio City Music Hall in New York, the Burkanmura Orchard Hall in Tokyo, the Teatro Opera in Buenos Aires, in the Madrid flamenco tablaos of Café de Chinitas, in the Corral de la Morería, in the Corral de Pacheco as well as in the national TV company of RTVE.

The DVD packaging includes a booklet with explanations, in 3 languages: Spanish, English and Japanese.

There are up to eight audio options to help the study:, conmbinations of Zapateado, Guitar , palmas and metronome sounds. In this way the students can practice at homealone with the DVD by selecting the desired audio. 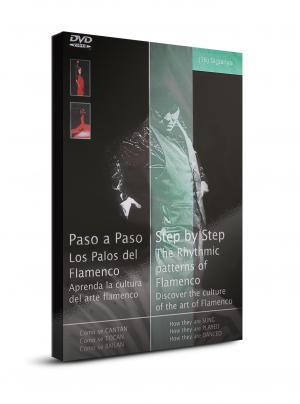 Powered by his strong, passionate belief that everyone can dance flamenco, Adrián Galia teaches us in an accessible, didactic manner, the various techniques and movements of the Siguiriya.